Winning the Deal and Losing the Opportunity 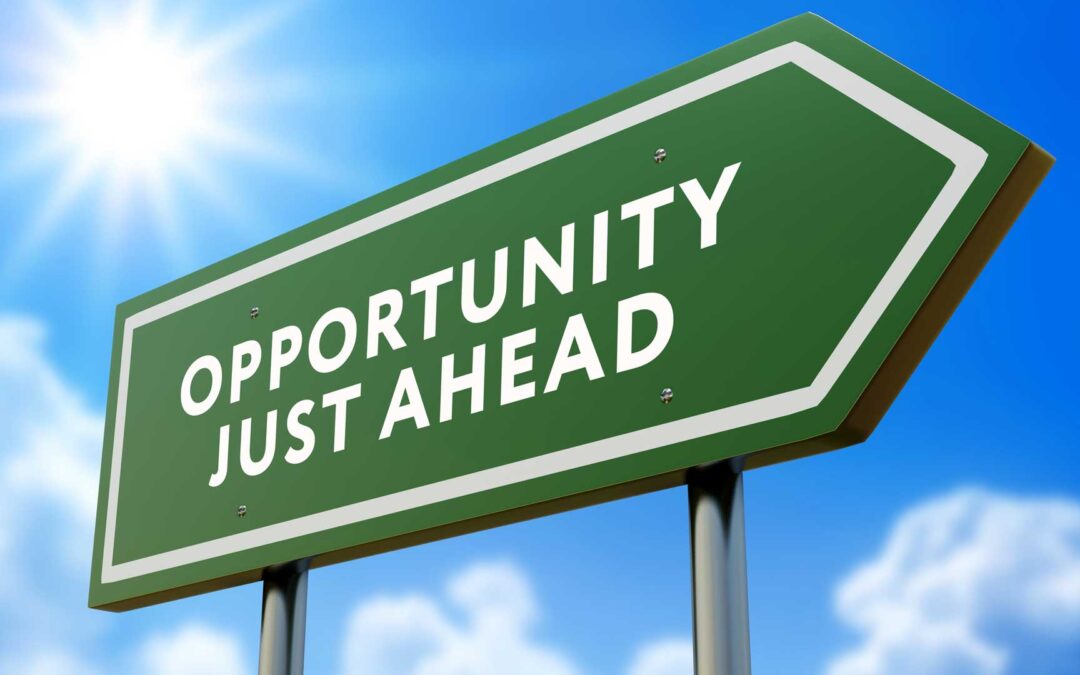 A contract is a short-term agreement, a covenant is a long-term pledge filled with ongoing prosperity and promise.

It was one of the great, unheralded stories that dramatically shifted the competitive landscape in the television industry.

At the time, CBS Television Distribution was the dominant player in domestic syndication (the direct sale of programming to television stations), distributing shows like Oprah Winfrey, Dr. Phil, Judge Judy, ET, among many others.

They were poised to continue their dominance with the latest Oprah-anointed personality, about the only pathway to a sure bet in the television market at that time. Television stations clamored for Oprah-approved content, and in a world of almost-complete commoditization, would bid up the rights to this program into the hundreds of millions of dollars.

It was late 2008 and it was the first-time sale of the rights to the Dr. Oz show. Sony Pictures Television (SPT), the company known for the production of Wheel of Fortune and Jeopardy, and the distribution rights to Seinfeld, pulled off the upset.

SPT was an enviable company, one that touted the best executives even before they had a lineup of programs to boast about.

SPT syndication had the talent but just didn’t have the content, until now. Now the studio had the opportunity to demonstrate that it too could acquire the best time periods at the highest license fees in the country.

And now, for the first time in a long time, SPT would consistently have a seat at the table with General Managers and senior programming executives instead of just the local station program directors that typically could end a deal, but never fully green light one.

There was a rush of excitement throughout the division, boosting morale and energy, and igniting a shift in the self-perception of the studio from nearly forgotten powerhouse to top of the heap. It was a comeback and a vindication, all in one deal.

Being involved in the team and generating significant revenue for the organization through related sales was an absolute career highlight, but amid the celebration I found myself feeling low.

We won the deal, but what did we lose in the process?

I knew, even then, we were going to lose the opportunity to create a covenant – a relationship-based partnership that would absorb the external victory and improve our internal culture.

What Goes Wrong to Prevent the Development of Deals into Covenants?

In many industries, the thirst for the deal drives promotions and can make careers. It can also disguise bad actions and actors or make a company appear more competent and powerful than it actually is.

Instead of doing what it intended to do – make a company stronger – a deal can expose weak spots and insecurities that can spoil an organization. The missed opportunity for many companies is a lack of comprehension around the difference between deals and covenants.

What’s the Difference Between a Deal and a Covenant?

Deals and covenants aren’t mutually exclusive. In fact, deals can be the greatest opportunity to build covenants, yet often go unrealized.

A deal is a transaction, a moment in time, an event. It can be broken and often is.

Over time, deals have the potential to build great companies, but they can also damage a reputation. In the worst cases, be traced to an organization’s downfall, particularly when they are unable to fulfill the overall promise and higher expectations from their clients.

Unlike a deal, a covenant is a pledge, a perpetual promise. It’s a promise for growth and a gateway to improved relationships and mutual prosperity. A deal may be profitable, but a covenant creates long-term value, building stronger and more trusted relationships between both parties in the process.

How Can Focusing on Deals Negatively Impact the Culture of an Organization?

Let’s talk a minute more about the Dr. Oz deal.

The process of scoring the win was exciting – thrilling even – for those of us who played a part. However, because people were looking at the success as a deal to be won rather than as a covenant to be kept, too many people were left without clear communication.

Instead of using this success as a way to unite and inspire the company, many people were left in the dark wondering whether they’d be considered a part of the success or included in the future plans.

In situations like this, a deal can expose insecurities and inauthenticity within an organization.

It can enhance a culture of haves and have nots.

While these big deals are designed to showcase strength and capability, they can instead highlight areas of the company that have been neglected or relationships that have been damaged.

Put simply, too many organizations tout covenants when trying to partner with new clients, yet often execute them like deals once they are clients.

The key takeaway in this story is the unfortunate consequences that come from focusing on the deal over the covenant. Short-term wins may delay, but will never obscure, long-term challenges and cultures that are not created to generate or support covenants, both inside and outside its walls.

Although I’m no longer a part of the Sony team and haven’t been for more than 10 years, these lessons have stuck with me. I saw that exceptional leaders in some areas can’t make up for a lack of culture and environment centered on relationships and covenants.

Our head of syndication, for example, was an exemplary and inspiring leader. However, even the most effective and dynamic leaders can see their impact obscured or diluted when the surrounding culture is at odds with their efforts.

Am I Doing Deals or Contributing to Covenants?

As a business leader, your commitment to covenants is a commitment to keeping your team involved, energized and committed to your organization. Here’s how you can tell you just did a deal rather than fulfilled a covenant:

No leader deserves to stay in a role if they give blame in tough times, criticizing and neglecting their way to power, yet take credit in the good times. If you’re seeing people leave an organization, ask why. Is it normal turnover, or is it the result of ego and power mismanagement, putting individuals over team and creating a culture of burnout or of mistrust?

Dealmaking can obscure the ability of a company to follow through on covenants during the courting stage. The day the deal moves into the implementation stage, that’s when true scrutiny begins. This is where you show who you are and what you stand for. There is certainly no emperor’s new clothes option to disguise a bad deal long-term. It comes out in loss of energy and motivation for team members and collaborators, and in a loss of client trust.

Even seemingly individual sports like car racing, golf and tennis have teams that support the individual in the spotlight. The deals that bring the greatest opportunities develop into covenants that lift many, not one. If you’re seeing superstars and drudges, instead of a team of value-add contributors, take a closer look at the way the organization is communicating, selecting and promoting talent, managing processes and rewarding success.

How to Focus on Creating Covenants, Not Just Signing Deals

To run an organization or a team that is strong, energized and connected, you must commit to building covenants and creating a culture that focuses on people and relationships. Here’s how to get started:

Train in the off season

Dancing in the end zone or acting like you’re bigger than the moment is for companies and leaders that accept mediocrity, and that are built on a house of cards. Showily celebrating a deal doesn’t do anything to build covenants. Instead, adopt the “when no one is looking” mantra as a way to manage relationships and to build sustainable and authentic value. Who you are and what you stand for should be consistent in good times and bad.

Covenants are agreements between parties and require good faith connection and communication. As one of my senior leaders at SPT would say, “One of us is not smarter than all of us.” Within his area of responsibility, we built covenants that connected our team, and our specific business area benefited from more voices, a culture that welcomed discussion and dissent, and as important, for ongoing learning.

Don’t communicate through other people; misinterpretation can easily create problems or allow them to fester. If you struggle to communicate directly, commit to improving your efforts as a core part of your skill building. If you’re thinking it, they probably are, too. Trying to avoid and neglect others, or hide true feelings, is a drain on the energy of everyone involved.

Winning and losing is rigid and zero-sum. Of course, we want to win, but the Infinite Game in business should serve as a constant reminder that business battles are not 3 out of 5 tennis sets or 48 minutes on the clock. Winning the long game requires patience, incredible business intellect and vision, a culture that expects greatness, and the fortitude to persevere, especially when momentum or the overall business is down.

As a sheer practical matter, consider and get very specific about delivering on promises. Are you truly resourced to do an exceptional job? Where are the hidden trapdoors and pitfalls that undermine so many great aspirations?

Companies and individuals like deals because they provide instant gratification – they’re a scorecard you can point to and tally up successes. In my experience, most deal makers lose sight of and under appreciate the people who need to deliver on their promises. Covenants can seem more intangible and less measurable because they’re longer-term focused.

Their benefits don’t show up in immediate accumulations of dollar signs. Instead, they’re longer-term focused and can rely on delayed gratification to truly generate meaningful results. To continually build and strengthen a covenant, you may have to slow down to speed up – take time to understand a deal and its implications from the outset and determine its value in terms of the impact it may have on your existing covenants and culture.

When it comes to developing leaders and building profitable growth, aim for a covenant culture internally and externally. Reap the rewards over time that accrue from high standards, teamwork, open communication, achievement orientation, and through a consistent process of motivating change.